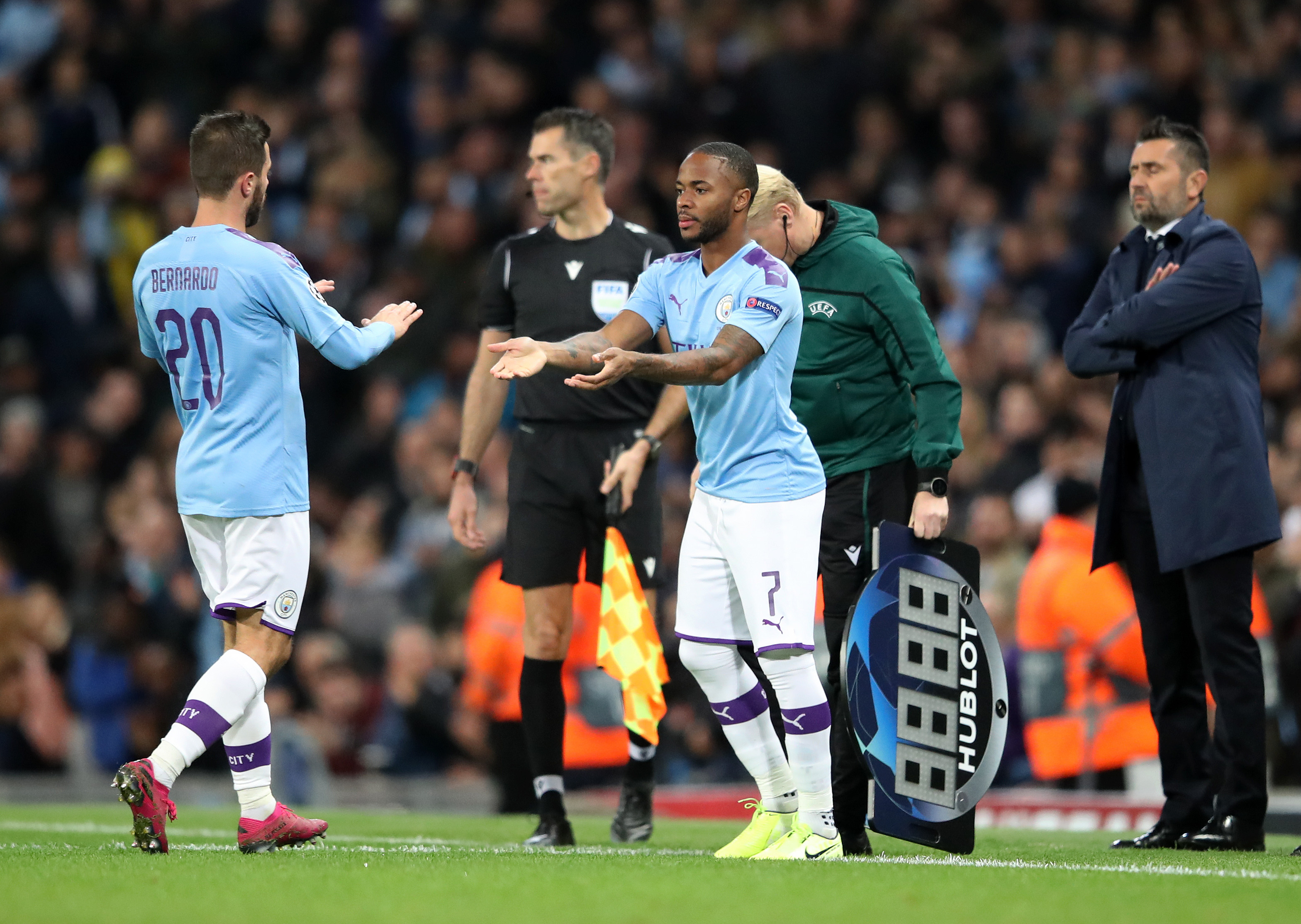 Pep Guardiola could be dealt with a significant blow if either Raheem Sterling or Bernardo Silva pick up a yellow card against Arsenal on Sunday, as one more yellow card would take their totals for the season to five, meaning they would be suspended for the visit of the team currently one place above them in second place.

The former has managed eight goals this season with one assist to his name and despite only managing one goal in his last six appearances, he has to always be considered a threat for Pep’s men. As for the Portuguese international, he has picked up five goals and four assists in the Premier League so far this season yet his yellow card in the Manchester derby last weekend, which resulted in him conceding the penalty for United’s first goal, has put him at risk of missing the visit of Leicester next weekend.

The Citizens have a good record against the East Midlands side, winning six of their last seven meetings. The one defeat was on Boxing Day last season as Ricardo Pereira’s late strike handed City one of their four defeats in last seasons campaign. Unexpectedly, Leicester will head into the meeting with the Citizens ahead of them in the table and they could be as far as nine points ahead of them depending on the results of each side this weekend. The possible absence of both Silva and Sterling will provide Brendan Rodger’s and his side great satisfaction as if they aren’t booked against Arsenal on Sunday, they will both have a key part to play in this fixture.

Leicester fans and Brendan alike will be hoping for a repeat of the clubs meeting back in December of 2016, where a Jamie Vardy hat trick alongside an early Andy King strike put Leicester in a commanding 4-0 position before the visitors pegged two goals back. Since then, Manchester City have continued to excel in the Premier League as has Jamie Vardy who finds himself in blistering hot form as his side gets set to welcome last seasons top-two sandwiched between Christmas Day.

Leicester’s number nine has given defences nightmares this season as he continues to use his pace and clinical-ness to propel Leicester City to heady heights. Manchester City, on the other hand, have been struggling as of late as their key players have been unable to perform, allowing Leicester to take full advantage.

A win away at the Emirates would be a good start for the Citizens in the festive period and it’s certain that both Bernardo Silva and Raheem Sterling will be needed if they are to head into the New Year in good form. They will need to avoid bookings in all three of Arsenal, Leicester and Wolves if they are to not be suspended before the New Year; but if Pep will have his way, their presence against Leicester will be of high priority in order to cut the gap down towards the top.