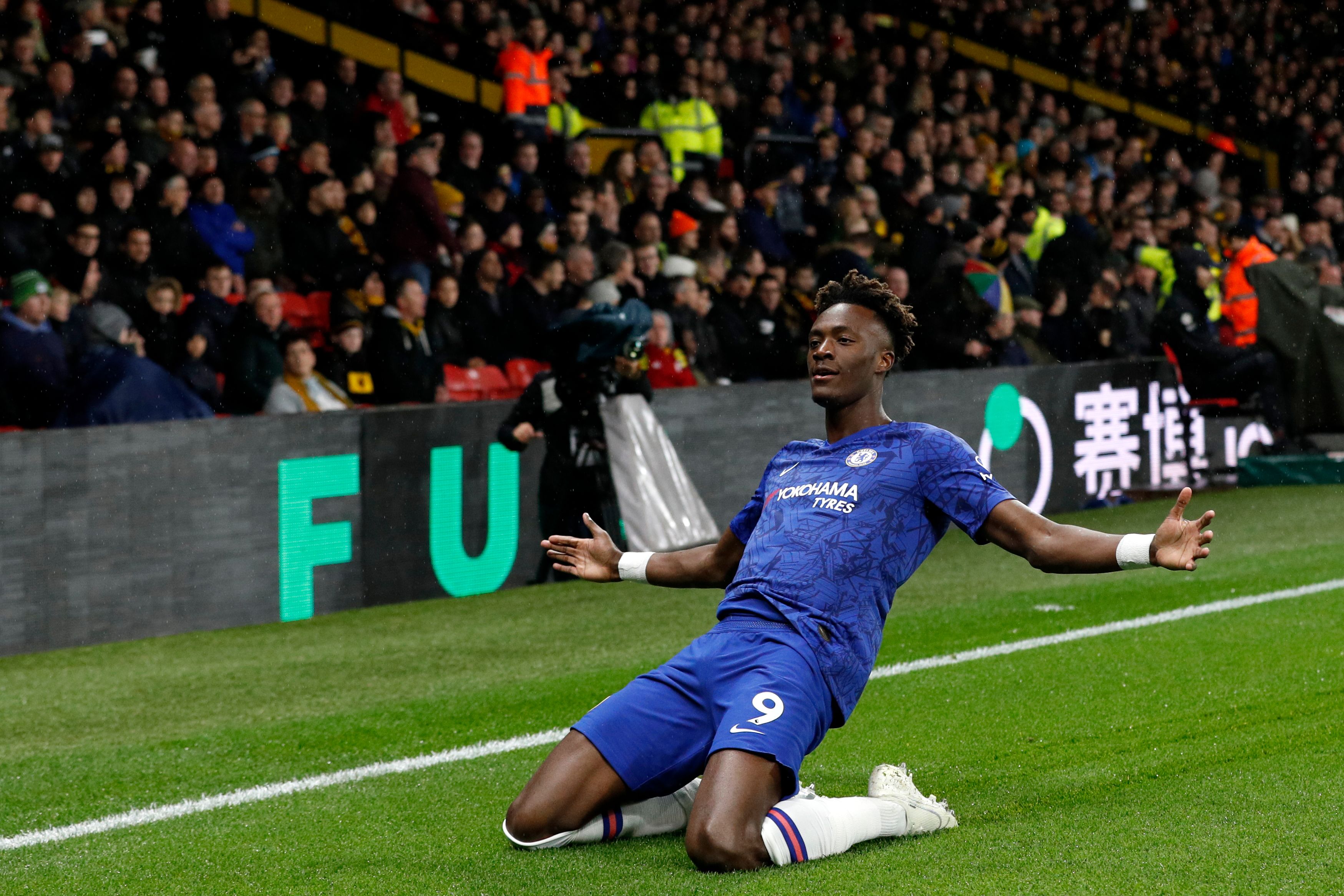 Chelsea made it seven away wins in a row thanks to a goal apiece from Tammy Abraham and Christian Pulisic. Gerard Deulofeu scored a late penalty to make the last few minutes a bit nervy for the Blues, but unfortunately for the Hornets, it was too little too late.

The match started as most had expected with Lampard’s men bossing possession early on and it was a delightful through ball from Jorginho which saw Chelsea’s number nine get another goal for his tally and open the scoring.

Most of the first half saw the visitors creating chances but they were unable to capitalize until early on in the second half when Abraham turned creator to hand Pulisic his fourth goal in two matches. Watford kept knocking on the door in intervals and finally got an opportunity when Deulofeu went down rather theatrically after a light touch from Jorginho.

VAR intervened once again and gave the penalty in the host’s favour, which the fouled Spaniard scored comfortably. A heroic save from Kepa in the last minute from Ben Foster’s headed attempt marked another victory for the blue army.

Critics and fans alike had thought of the worse when little Frenchman Kante got injured; but much to the delight of Frank Lampard, Jorginho and Mateo Kovacic have relentlessly and stylishly made sure that his absence is not felt on the pitch.

Slick passing, finding spaces to run into and tracking back to intercept crucial opponent passes are few of the qualities both of these midfielders possess. Jorginho has settled in brilliantly after his mentor Sarri left and has lately been picking out passes for fun. On the other hand, Kovacic, a loanee last year has justified his permanent acquisition with his work rate and quick decision making.

It seems, now that the season is a few months old, Lampard has zeroed in on his current favourite front four – namely Willian, Pulisic, Mount and Abraham. Mount and Abraham have been putting in stellar performances week in week out and have been rewarded for the same by being the first few names on the team sheet.

Pulisic put in another great performance after his hat-trick against Burnley last weekend. Most moves in the attacking third seemed to either go through him or culminate with his shot. The American looks to have finally found his feet in the Premier League. The experienced Brazilian, Willian, has revitalized his game under Lampard and has been instrumental in creating some great moves in the opponent’s half as well.

Watford are the only team in the Premier League yet to win a single game this season. The sacking of Gracia and return of Flores might have solidified things a bit but it still looks like a dire situation at Vicarage Road.

Troy Deeney’s absence due to prolonged injury has been a big reason for their struggles as they seem to be missing not only a target man up top but also a true leader on the field who can rally the troops; two roles which the solid Englishman is known to perform superbly and has been doing for quite a few seasons for the Hornets. Watford fans and players alike will be hoping that his return can prove to be a turning point in their so far disappointing season.

Warriors on the road

After a 4-0 away thrashing at Old Trafford on opening day, Lampard’s men have registered seven away wins on the bounce in all competitions. They are certainly enjoying travelling and are slowly gaining a reputation of being very tough to beat away from home.

More goals have been scored away from home as well and surely most opponent managers will be marking their calendars as to when the Blues will be arriving. A coincidence or not, the manager will be very happy with his team and the resolute attitude they have shown in the recent games and will be hoping this continues.

Watford travel to Carrow Road to face fellow bottom of the table side Norwich City while Chelsea host Crystal Palace after a midweek champions league affair against Ajax.