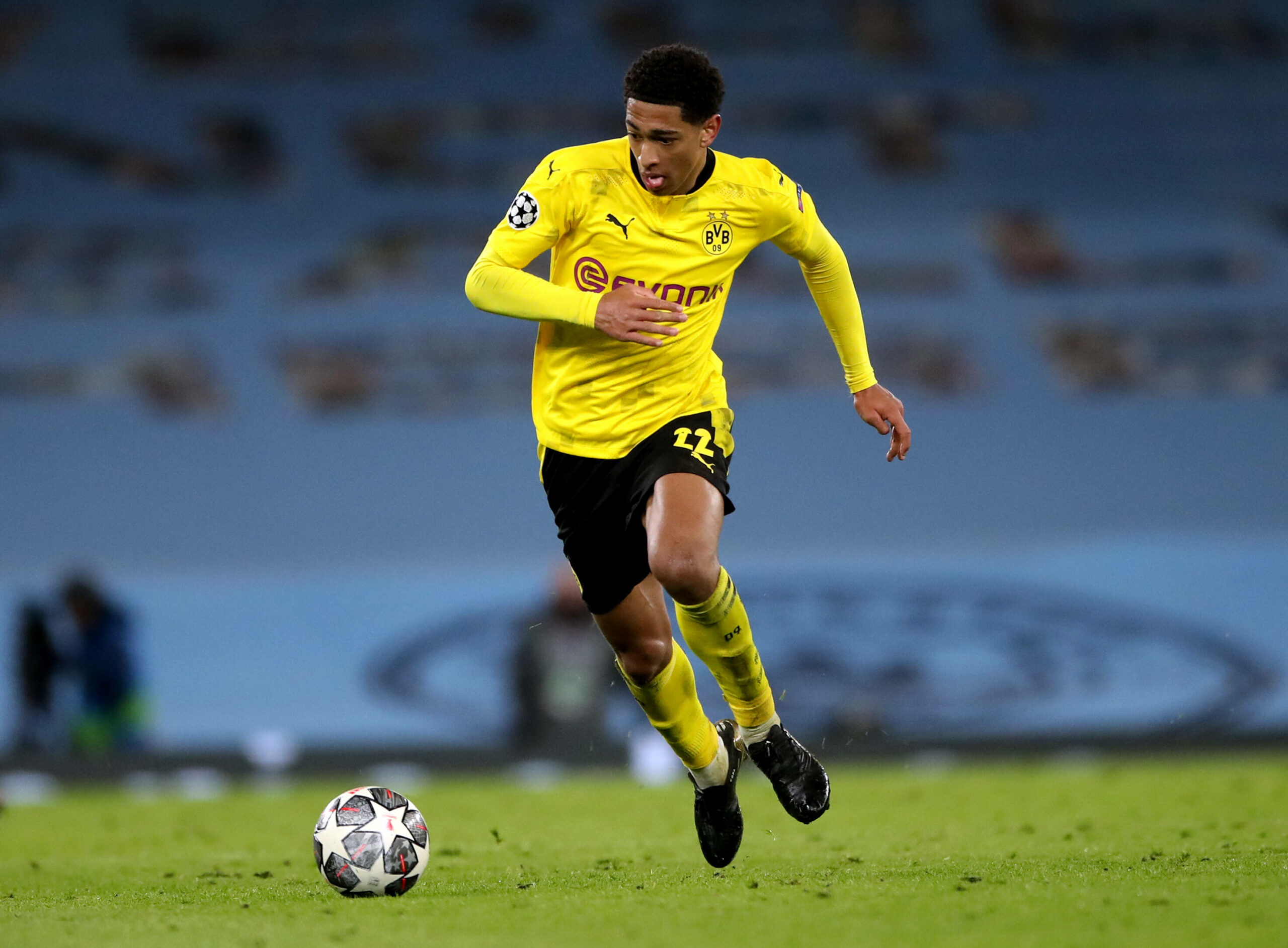 A young Dortmund star stepped onto football’s biggest stage on Tuesday night and made the world watch – and his name was not Erling Haaland.

Jude Bellingham, the young English superstar who is yet to even take his driving test, was the real star of the show on Tuesday evening. He outmuscled opponents, weaved through defenders, played a key part in Marco Reus’ goal, and even put the ball in the back of the net himself – only to have it wrongly ruled out for a “foul” on Ederson.

Despite his side losing, it was a complete display from the 17-year-old and the fact it came against Manchester City made it all the more impressive. This was not some second-rate side or a team whose glory days lay squarely in the past. This was Guardiola’s City: hungry, dominant, imperious, and packed with world-class talent. Guardiola’s philosophy calls for players of outstanding talent to control the ball and strangle the opponent of possession, and Bellingham defied this all by himself.

Surrounded by the likes of Gundogan, De Bruyne and Rodri, the English youngster left an unerasable mark on the field; proudly displaying just what he is capable of now and the heights his career might ascend to.

What makes Bellingham unique is that he has almost the perfect combination of physical and mental attributes that make up a brilliant midfielder. He is tall, but with a robust frame, which gives him a silent strength and makes it almost impossible to push the midfielder off the ball. Yet this does not take anything away from his athleticism – the boy can run. Add in maturity and wisdom that belies his years, and excellent vision of the game both with and without the ball, and you have Bellingham: a superstar in the making.

The display that he produced on Tuesday night was so good because it was of the type that you rarely see produced against Manchester City in the Premier League. Leicester City battled hard against City at the weekend, but neither Wilfred Ndidi nor Youri Tielemans could lay a hand on their flying opponents. Bellingham, on the other hand, made it look easy. He was comfortable stepping up on Guardiola’s midfielders and giving them little time to react. It was the kind of performance world-class players make.

You might think, and understand, that someone so young might be nervous when playing in a Champions League quarter-final against one of the best teams in the world. After all, it has not even been a year since he played his last Championship game for Birmingham City. Bellingham is still a starlet, still green and inexperienced. But he looks at home on the biggest stage.

It is becoming clear now why Gareth Southgate has given him more caps than the likes of James Maddison, and why so many teams were desperate to get hold of him last summer. Guardiola’s eyes would certainly have been on Haaland at the start of the game; but by the end, they were resting on nobody other than Bellingham. A future Premier League move is all but inevitable, and the Spaniard will be praying that he can get his hands on the midfielder before anyone else.