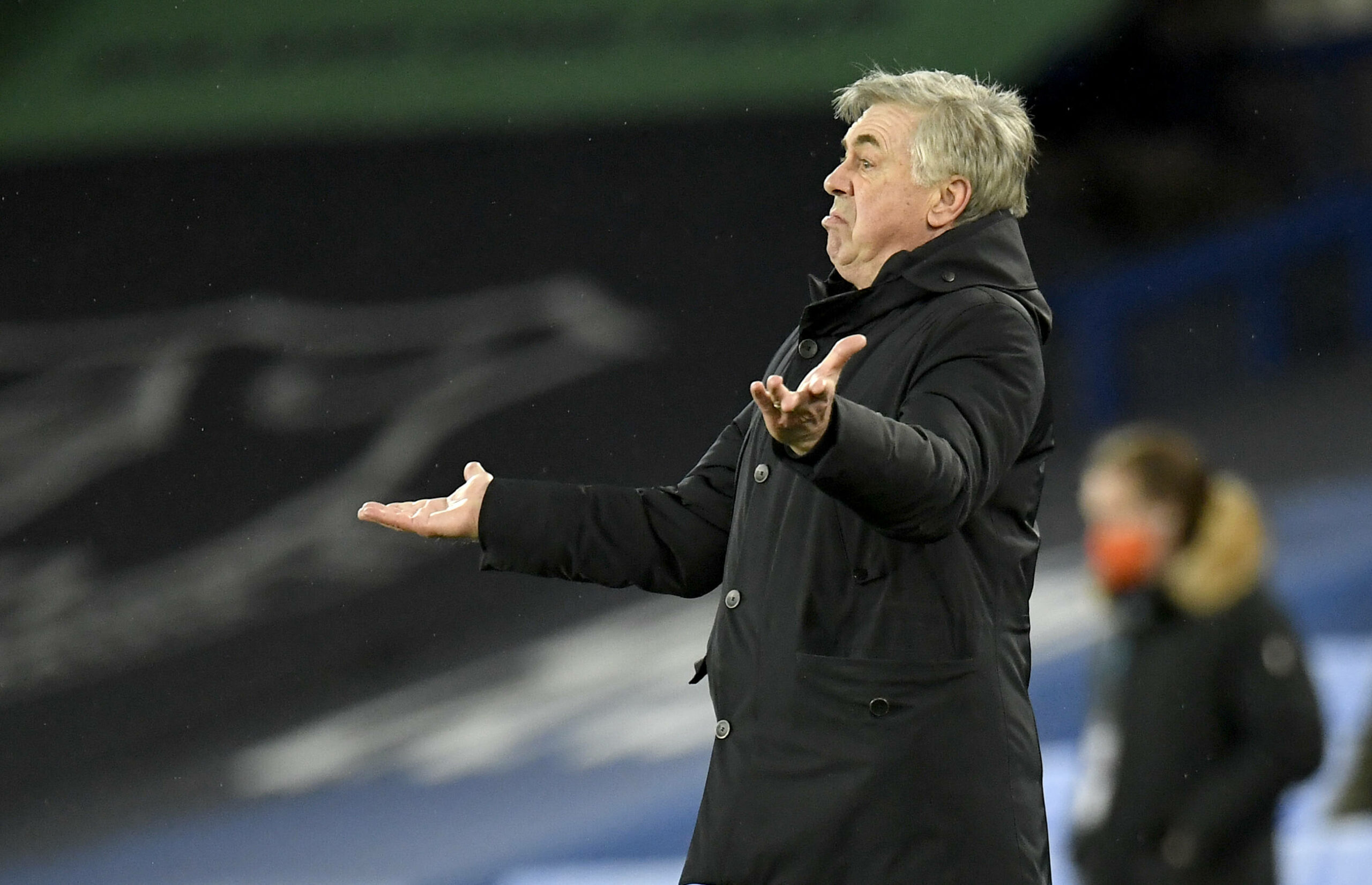 The recent weeks have been ugly for Everton.

Shock defeats, toothless draws, and a tumble down the table have supporters hiding behind their sofas and biting their nails. The illustrious Ancelotti season that seemed to be the reward for years upon years of struggles is falling out of sight: and the moment where it went wrong is evident in their results.

To find that moment, we must roll back the weeks to the beginning of March. The start of game week 26 was the time before everything started to crumble on the blue half Merseyside. On the 7th of March Everton sat happily in fifth place, having just won three games in a row including a historic 2-0 win in the Merseyside derby.

With 46 points to their name, a game in hand over the teams above them, and the alluring chance to push into fourth with their next fixture at Stamford Bridge, Everton’s moment in the sun seemed finally upon them. Dreams of a return to European football were soon to be a reality, and one could only sit in awe of Everton’s firepower. Everything was finally going right – and it was at that moment that everything started to go wrong.

It may have been that specific feeling that contributed to the downfall we have witnessed since. Maybe the squad became complacent, overjoyed by their recent achievements or too assured of continued success. Perhaps the physical demands of the Premier League finally caught up with them. These are all unknowns – what is clear is that Everton marched out to play Chelsea, and crumbled.

It was not a massively dominant game from Thomas Tuchel’s Chelsea: they won 2-0, and were on top for the most part, but were not at their scintillating best. Yet it this factor that seemed the most damning for Everton. The defensive prowess they had displayed all season was at once undone by a Chelsea team who, with a few smart passes, were able to carve them open easily and repetitively. At the time it looked like Everton were beaten by an in-form side. Now the review is different – this was the beginning of a discouraging collapse for Carlo Ancelotti’s team.

Since then the results have been nothing but poor. A loss at home to Burnley, a draw at home with Crystal Palace, and now a goalless tie away at struggling Brighton. The incision and solidity we were used to seeing from Everton this season has crumbled away before our very eyes.

In part, the results and lack of goals can be put down to their overreliance on James Rodriguez. But there is more to it than that: Everton have lost something, some self-belief or motivation that Ancelotti inspired them with at the beginning of the campaign – the very thing that spurred them to a beat Liverpool at Anfield. A devastating defeat at Stamford Bridge sucked it out of them, and hopes for the Champions League seem to have gone with it.

This blunder in form may prove crucial for the Toffees – but a chance for redemption arrives on Friday night: beat Spurs, go above them, and everything comes back into play for Everton.

In other news, Leicester’s demons seem to be coming back to haunt them.