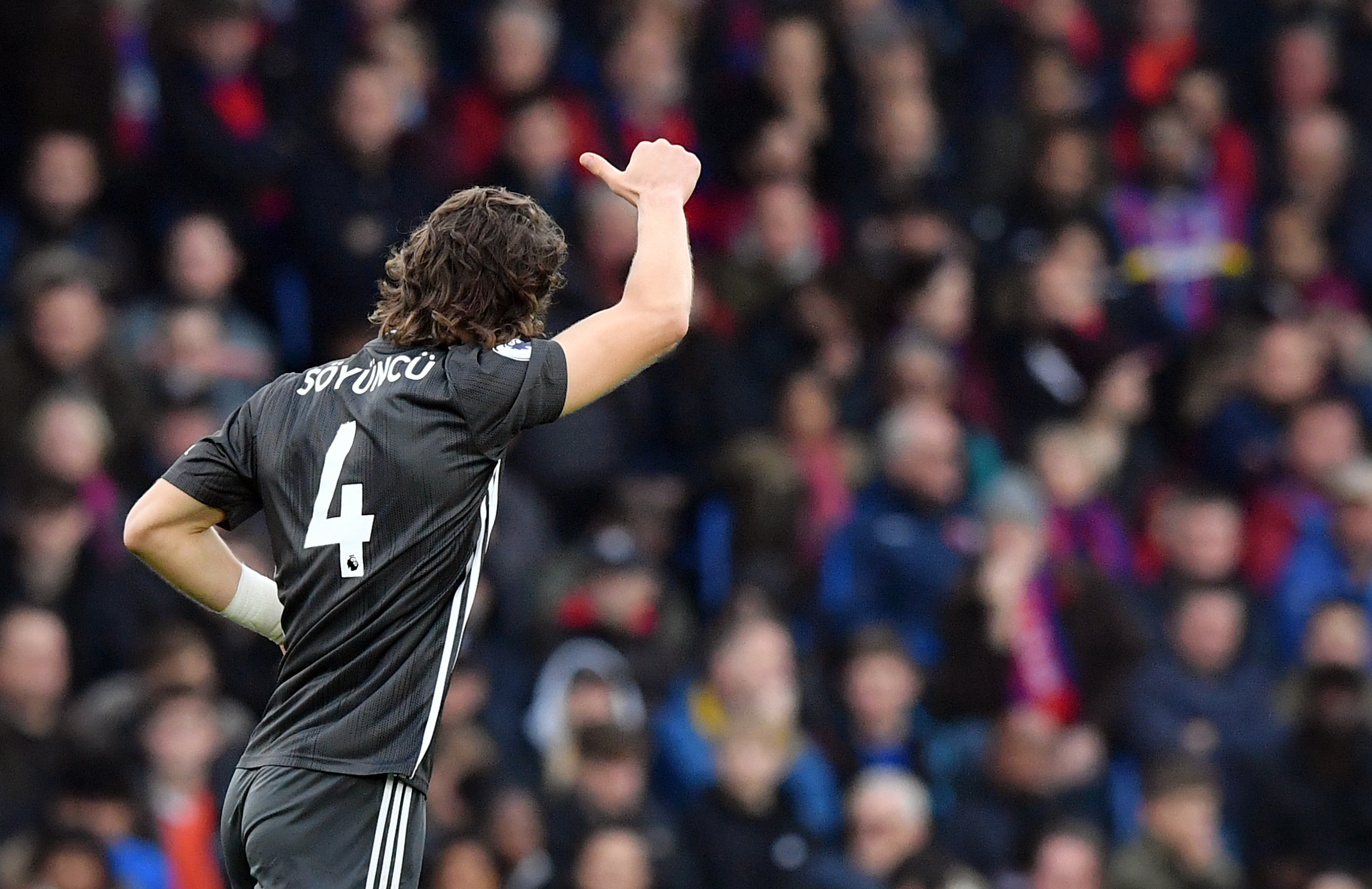 The searing Aegean sun blares over the cultural hub of Izmir.

The aroma of fresh bread and skewered meats fill up the humid air, accompanied by the bustling and hectic Turkish markets that are in full flow.

On the streets nearby, a young boy with an unusually strong chin and a pronounced head of hair (presumably) plays football with his peers; weaving through defenders and slotting the ball home as the schoolboy striker was accustomed to.

A decade later and young Çaglar has dropped back positionally and is cementing himself as one of the Premier League’s most prominent centre-halves in a Leicester City side that look to have embodied the spirit of the 2015/16 season, although it is clearly evident that the Turk’s attacking flair from his schoolboy days have never left him.

“I used to be a striker,” Çaglar Söyüncü told The Times. “I used to play in midfield as well as upfront too.” And it clearly shows, with the 23-year-old’s dancing feet comfortably outclassing some of the most lethal attacking figures in the game; Cruyff turning Wolves’ Raúl Jiménez, putting both the on-form Christian Pulisic and the high-pressure Tanguy Ndombélé on the ground and outpacing Sadio Mané of all players.

The silent assassin is crossing off more and more names from his hit list and his deceptively quick feet have more than filled the large shoes left behind by Harry Maguire.

It is this contentment and unwavering calmness with the ball at his feet that makes the former Freiburg man invaluable to Brendan Rodgers’ schematics. Rodgers’ malleable 4-1-4-1 starting formation has Söyüncü partnered alongside Jonny Evans, with both players exuding comfort with the ball at their feet.

The two internationals anchor deep in defence to provide security for Kasper Schmeichel, until Rodgers gives the call to mould into a 5-3-2 with Wilfried Ndidi dropping back into defence to allow Ricardo Pereira and Ben Chillwell to run the flanks – putting great emphasis on Söyüncü and Evans to carry the ball forward and roam as Ndidi’s incredible work-rate allows him to clean-up deep in defence.

In an attack minded layout where the Izmir native is expected to roam, Söyüncü flourishes in carrying the ball past scattered attacking players and possesses uniquely exceptional timing to patiently wait for an opening and offload the ball; either out to the touchline where the Foxes’ wing-backs are fast and piercing or to the consummate rotating trio of attacking-midfielders in Harvey Barnes, Youri Tielemans and Ayoze Pérez who prowl between the opposition’s midfield and defensive lines.

This positional instinct was also on display at the other end of the pitch in Leicester’s sweeping victory against Crystal Palace, with the 6 foot 2 inch hulking frame of the Turk ghosting through the parted Red Sea of Palace players to nod home his first goal for the club. ‘A striker’s finish’ the commentators branded the goal, and they were unwittingly right.

Çaglar also fulfils a very similar tactical role in Şenol Güneş’ national side, of which he has been a mainstay since being called up whilst playing for Altinordu FK in Turkey’s second tier – although he is kept slightly more stalwart and defensive as Turkey don’t have a Wilfried Ndidi-shaped safety net to rely on. Alongside Juventus’ Merih Demiral – a prospect being watched meticulously by Arsenal’s scouts – Söyüncü has mostly played his 27 caps in a familiar 4-1-4-1 formation, with the Leicester man utilising his bullish nature more to dispossess attackers before offloading to the defensive midfielder – often Fenerbahçe playmaker Emre Belözoğlu.

Although often hailed by pundits for his exceptionally reposed nature and skill on the ball; juxtaposing first impressions, that does not mean that 23-year-old is too flamboyant with his defensive duties. In a traditional centre-back manner, Söyüncü regularly clears his lines to snuff out any hint of an attacking press, as Liverpool fans will remember with frustration; and the Turk currently sits on 60 clearances so far this season, with only four players hoofing the ball away more.

We can all appreciate a defender’s overzealous flair with the ball but without the intelligence and staunch old-fashioned style of playing, a defender is redundant.

Whilst Harry Maguire languishes in one of the worst-performing Manchester United sides in recent memory, struggling to cope with being left isolated and vulnerable by Ole Gunnar Solskjaer’s dwindling tactics; he watches on at his former club and sees his replacement: silent, sombre but adept and skillful on a football pitch.

Brendan Rodgers will get the credit for extracting pure brilliance from the Turk, but Leicester’s recruitment staff will stay in the shadows and relish in the fact that they’ve secured another hidden gem from under the noses of the faltering giants of the Premier League.

Harry Maguire was a big bass drum in Leicester’s orchestra of a defence – imposing his presence on strikers and closing down shots better than anyone in the Premier League. Çaglar Söyüncü, instead, is a melodic harp; physically large and intimidating but producing sweet music on the pitch.

So sit back and listen to the soundtrack of Leicester’s top-four push.