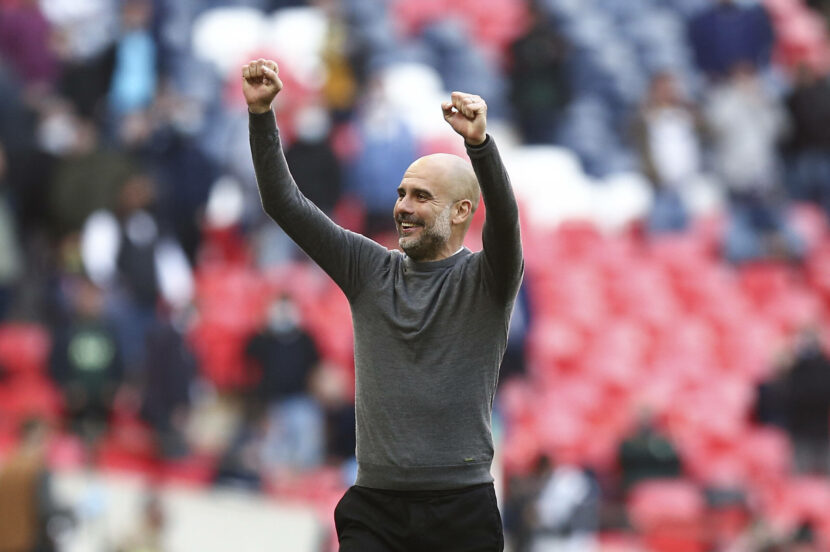 The fate of a genius: why two games could determine Guardiola’s legacy

On the weekend, Guardiola made history. Lifting the Carabao Cup for the fourth successive time, the Catalan manager readily emphasised, once again, the ease with which he is able to win silverware and the quality that he possesses.

This record-equalling win, that means Manchester City now tie Liverpool for most consecutive League Cups won (four) and most League Cups won in total (eight), provides yet more legitimacy to Pep’s title as one of the best managers of modern football – and this is set to be enhanced even further by his seemingly imminent Premier League win. But winning domestic trophies can only propel Guardiola so far: if he does not make an impression on the European stage with City, he risks diminishing his outstanding legacy.

Of course, Guardiola has had European success in his past. He won the Champions League twice with his iconic, almost superhuman, Barcelona team – but he has failed to ever reach the final since. For a manager with his pedigree, the squads that he has built and players he has managed, European success seems like it should be a walk in the park. But there is something inhibiting Pep, something holding him back – and that ‘something’ has been plaguing him ever since he left his beloved Barcelona.

At Bayern Munich, Pep reached the Champions League semi-final stage three times in succession – yet, on each occasion, his side fell short. He has suffered similar woes at City, being eliminated at the quarter-final stage in each of his last three attempts and being eliminated in the last-16 in his first season at the club. There is a clear trend here, played out over every single one of the last eight years: Guardiola is vulnerable in this competition, perhaps even afraid of it. This is a blot on an otherwise stainless record – a blot Guardiola must eradicate if his genius is to be remembered in its glory.

Breaking his streak of quarter-final losses and reaching the semi-finals is the furthest Pep has ever come with City in Europe. But the vulnerability that has repeatedly plagued him and his teams on these occasions does not seem to be gone at all. A wobble in the first half against Dortmund brought back painful memories, and the upcoming semi-final against PSG and Mauricio Pochettino (who has bested Pep in the Champions League before) is full of familiar pitfalls and dangers that you could easily see City being victim to.

Football is obviously more than the trophies one manager wins. Guardiola’s influence on the game, and particularly the Premier League, is so widespread and great that he will likely never find the deserved credit for his transformation of the English game.

His emphasis on the 4-3-3, on purposeful possession, on choking the opponent and exploiting space to its greatest extent has not only created his “Centurion” team and won so many trophies – but it has had a hand in creating many other great sides: Jurgen Klopp’s Liverpool, Pochettino’s Tottenham Hotspur, both the Bayern Munich and Barcelona teams we see today. Guardiola is a special manager – yet he risks being discounted for much of his amazing work by an appalling Champions League record that presents his greatest weakness. He has two weeks, now, to put it right.

This is his chance to shed the labels that have become attached to his career – if he suffers the same fate as before, his reputation will never recover.

In other news, the departure of one Liverpool star presents a wealth of opportunities.