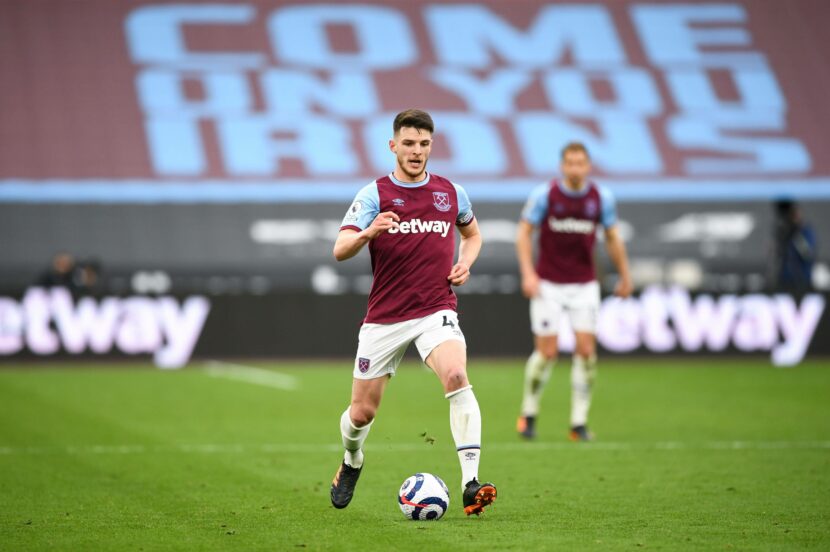 Manchester United are set to explore the possibilities behind signing West Ham midfielder Declan Rice this summer, according to The Athletic.

The hierarchy at Old Trafford are considering whether to use Lingard as a makeweight in their attempts to sign Rice. They also believe that the signing of Rice would be ideal timing to replace current holding midfielder Nemanja Matic, who turns 33 in August.

Old Trafford boss Ole Gunnar Solskjaer has a keen interest in Rice, having seen him produce a standout display against United in a 1-1 draw late last season. Rice dominated the midfield that day, with four interceptions, two clearances and he won five out of six duels.

However, this would be far from an easy transfer to complete. David Moyes has repeatedly reaffirmed the clear intention of West Ham to hold onto Rice, and he has a valuation of over £100 million making it very difficult for anyone to afford him.

However, that price could become a whole lot more affordable should Lingard be successfully included in the deal.

Lingard joined West Ham in January on a six-month loan deal from United and has made a huge impression on West Ham boss David Moyes and the rest of the team.

Since Lingard joined West Ham, no other player in the league has acquired more goals and assists (six goals and two assists in eight games).

United wisely did not include an option in the loan contract for West Ham to purchase Lingard, and that could potentially make a deal for Rice far more realistic.