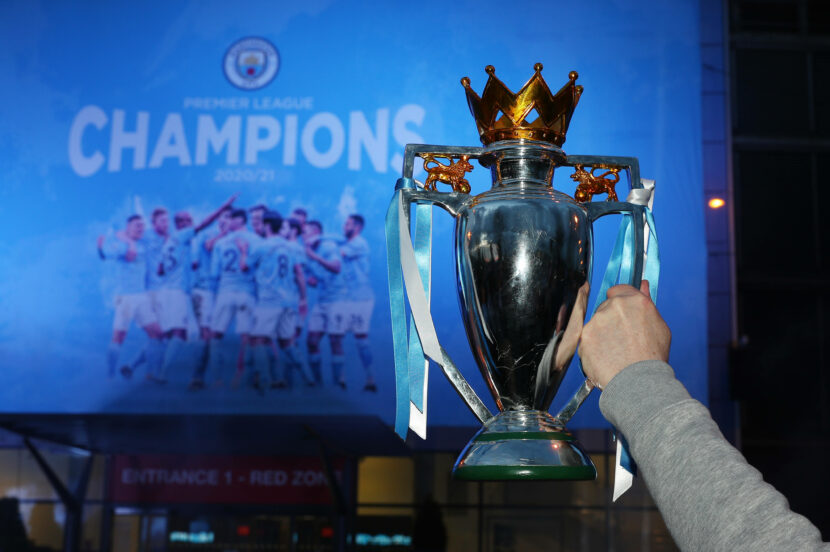 Peak amongst peaks: how this title win compares to prior triumphs for City

It was the full-time whistle at Old Trafford, not the Etihad, that finally confirmed what had simply been inevitable before: that Manchester City had won the title and were champions of England once again.

With their total of 80 points now unreachable by any other Premier League side, the Sky Blues can now celebrate what is now their fifth title in nine years and confirms Manchester City as the most successful side of the decade. But how does this title win compare to the others? Is the highest of so many highs, or was this year a different kind of challenge?

City’s title wins before Pep Guardiola arrived were of a closer sort. 2012 was characterised by the iconic Aguero(ooo) goal, winning the title in the final minute of play, while in 2014 City were effectively being handed the title after Brendan Rodgers’ Liverpool collapsed in their final fixtures. These City sides did not dominate oppressively from the top of the table like Pep had done, because they were not afforded the opportunity to do so. These were tighter contests that went all the way down to the wire.

Guardiola’s arrival in 2016 changed the dynamic entirely. Although he was unfairly judged on his first season in England, in which City came third, he went on to defy expectations by then winning two titles in a row. 2019, the most recent in our memories, was consumed by the exciting clash between two managerial greats: Klopp and Guardiola battling for the title until the final day of the season.

But the first of these two wins, in 2018, was perhaps City’s most iconic to date: the centurions season. City, to put it kindly, pretty much walked the league and won it with five games to spare, eventually reaching the impressive tally of 100 points for the first time in Premier League history.

That ‘centurions’ season is perhaps the most similar to this year: a dominant Manchester City, unrivalled at the top of the table, bullying their way to a title win long before the end of the season. The only difference is in the points: Pep achieved one hundred back then, but he has only managed to rack up 80 this time with nine points to play for. At a basic level, that might make their achievement this year less impressive – an easier win with a worse side. Liam Gallagher’s tweet echoed that kind of sentiment: that their title win was “easy”. I am sure Pep Guardiola would disagree – and I do as well.

The table tells one tale, but the truth behind the numbers betrays a different story. This was a season where the pre-season was practically non-existent, where fixture congestion was a constant, debilitating problem, where City reached the champions league final for the first time in their history – all while winning the league cup for a fourth consecutive year. Despite the pain and the injuries, Manchester City managed to remain themselves, and win the title in their own way.

That is perhaps City’s biggest achievement this season. While their competitors and equivalents collapsed and floundered, with Liverpool even falling out of the top four, Guardiola kept his side together and playing the kind of fluent football we have become expectant of.

They changed and evolved tactically, true, but that was an effect of the sides’ mentality rather than the cause of their success. The reason behind it lies much deeper. City won the league by staying together in a time when it was easy to fall apart, and they did it so well that we did not even notice it happened. It might not have seemed it, but this was the hardest title to win: it speaks volumes that they made it look “easy”.