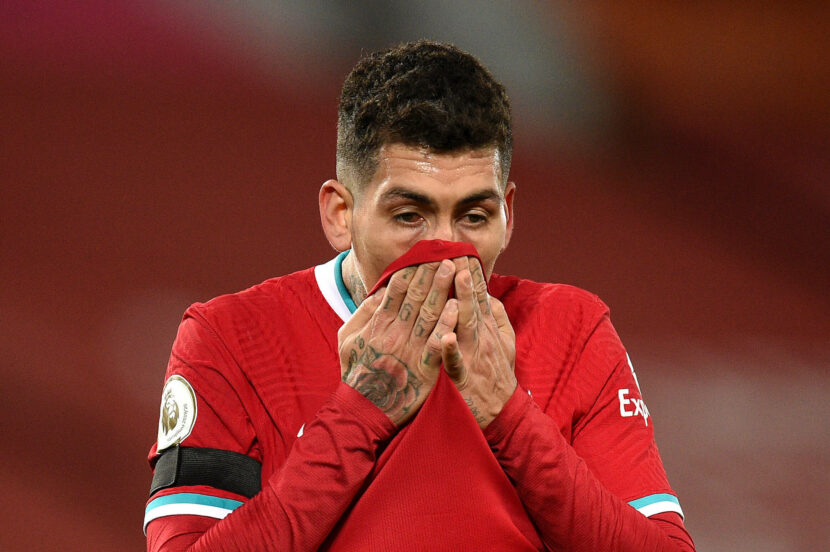 Roberto Firmino: why the Brazilian’s decline could be the end of an era on Merseyside

The Bobby Dazzler of the Premier League hasn’t been the same this season.

Firmino’s desire, wittiness and Brazilian spark made him one of Liverpool’s most important players in recent years, but this season, the centre-forward is struggling, with many fans calling for his exit.

This season, 37 games in, Firmino has six goals.

The introduction of Diogo Jota has highlighted the decline of Firmino, with Jota outscoring him in all competitions, despite playing significantly fewer games.

The Brazilian seems to have lost his touch; missing easy chances, making the wrong passes or just continually conceding possession, which is unlike the Firmino of old, but it is becoming a theme this season.

There is also a feeling that he is holding back his two attacking colleagues – Sadio Mane and Mo Salah – who are both struggling in comparison to previous seasons.

The issue has stemmed from the defensive absence of Van Dijk. The Dutchman allowed Liverpool to play with more freedom in attack, meaning Firmino could initiate a higher press, with Van Dijk sweeping up if the opposition broke out.

According to El Gol Digital, La Liga giants Atletico Madrid are eyeing up a move for the Brazilian at the end of the season should Luis Suarez leave.

This would bring an end to the infamous front three of Liverpool, who have wreaked havoc across the Premier League and Champions League for years now – in the 2017/18 season, the front three were at their best, scoring a remarkable 57 goals and 28 assists between them, in the just 38 league games.

For the remainder of the season, Klopp will have to juggle his attacking players in order to find a perfect formula. Jota is certainly in better form, but Klopp’s counter-pressing tactics are pivotal on Firmino, and when he’s at his best, Liverpool are truly formidable.

This leaves Klopp with the problem of who to start – Jota or Firmino?

On rare occasions, Klopp has used a 4-2-3-1 formation, utilising all four of his main attackers at once. This is a bold move, as there are only two sitting midfielders covering the defence, but it does include the combination of Jota and Firmino in the same team, which does spell trouble for many teams.

Liverpool’s only chance at winning silverware this season rests in the Champions League. If Firmino can find his form, he could be the player to inspire Liverpool to another remarkable European campaign.