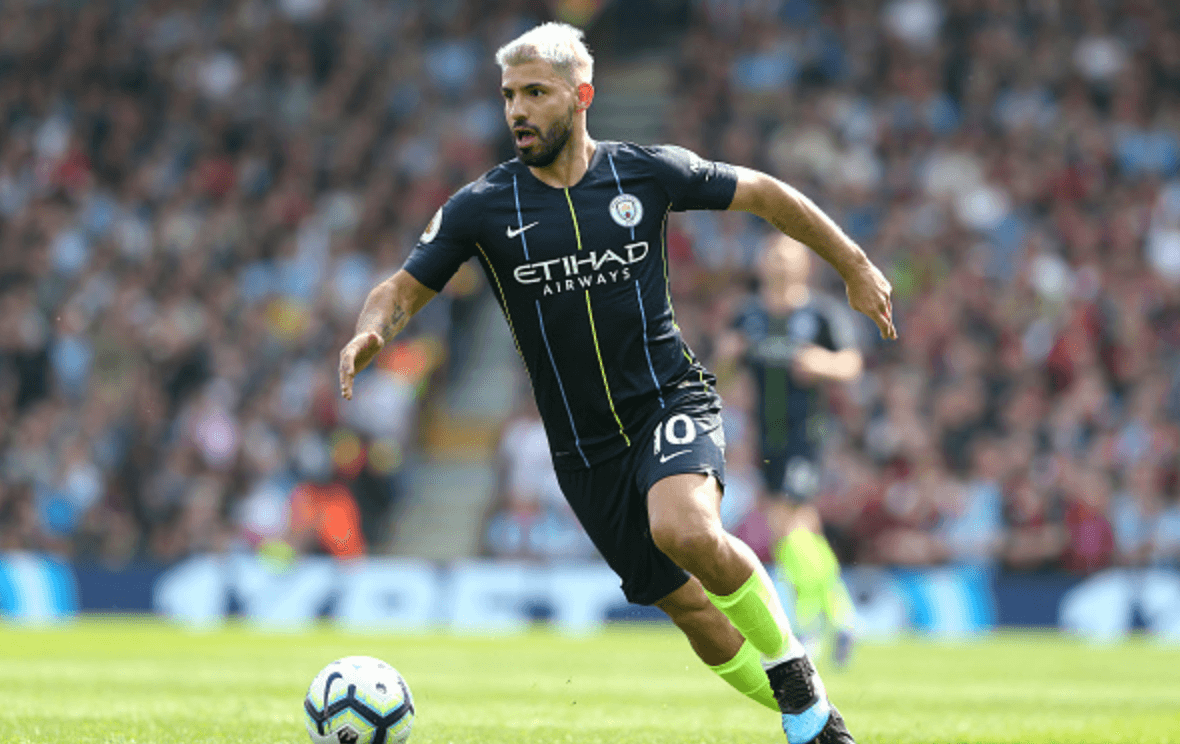 Based on last year’s selections, we can assume that there will be three forwards in this season’s PFA Team of the Year, with two wingers accompanying a central striker. Having said that, should it be a 4-4-2 formation, expect the two wingers to drop back into the midfield and for there to be two central strikers. Hopefully, everyone in the team will have been analysed in this series. Check out our goalkeeper, defender and midfield predictions at www.90maat.com/category/analysis.

In a debate that will surely ruffle some feathers, where better to start off than with last season’s PFA Player of the Year. While Mo Salah has not hit the dizzying heights of last year, it is impossible not to mention him as a candidate for the Team of the Year. Only one player, Sergio Aguero, has scored more Premier League goals than the Egyptian this season and bagging 18 goals while playing predominantly on the right-wing, is no mean feat. Although his finishing obviously isn’t at the same level as last season’s, his influence for Liverpool cannot be understated.

Salah is essentially marked out of games, with Liverpool’s opponents often man-marking him with two or three players. While this has slightly decreased his productivity, it creates more space for his teammates to flourish and having said this, it hasn’t exactly nullified his threat as his goal tally and seven league assists show.

It’s taken a couple of seasons, but this is the one where Raheem Sterling finally looks to have fulfilled his potential and he has made the step from a very good player to a great one under Pep Guardiola this campaign. His stats show his efficiency in front of goal – 15 goals and nine assists in the Premier League this season. With the plethora of attacking options that Guardiola has at his disposal, Sterling has become Manchester City’s talisman and their best winger – something that is very impressive given the options at City’s disposal.

Sadio Mane has quietly crept up on Mo Salah’s goalscoring exploits, currently just one behind his teammate’s Premier League goal tally with 17 strikes so far. While Salah has a habit of being a ‘feast or famine’ player, Mane has been a consistent performer for Liverpool all season, and many believe that he has taken up the mantle of being the club’s best attacker. As the title race nears its conclusion, it is the Senegalese forward who has stepped up to the plate and is arguably the form player in the Premier League right now.

Eden Hazard is always in the debate for a place in the Team of the Year too. Although people claim the Belgian goes missing from time to time, it is hard to argue with his league stats of 14 goals and 12 assists. He started to season on fire, picking up from where he left off in the World Cup, and despite a slight mid-season lull, seems back to his best as he looks to fire Chelsea into the top four. His ball control and ability to draw fouls from opponents is second to none and he could still play a huge role in the title race when the Blues visit Anfield next weekend.

After not being selected for Germany’s World Cup squad last summer, Leroy Sane has wowed the Manchester City faithful once again this season. He looks set to reach double figures for goals and assists for the second successive season, having accrued nine in both categories so far. The 23-year-old has become a clutch player for Guardiola, with his match-winning goal against Liverpool in January potentially being a title-winning one. Despite only starting 19 of City’s 32 Premier League games, it is impossible to ignore the speedster’s exploits this season after another campaign of terrorising opposition defences.

Another player to only start 19 league matches this season is Tottenham Hotspur’s Son Heung-Min. The South Korean winger had a sublime mid-season spell on his way to notching 12 Premier League goals. Although he hasn’t quite hit the same heights since returning from the Asia Games in January, he has regularly chipped in with goals to boost Spurs’ bid for Champions League qualification.

Arguments can be made for any of the above players, with the standard being set so high by Premier League wingers. However, Sterling and Mane are the two players who have been consistent all season and are now turning up towards the business end of the season. One of them could provide the decisive moment that wins their respective team the Premier League title.

Despite having scored an astonishing 162 goals in 232 Premier League appearances, while being Manchester City’s star striker for eight years, Sergio Aguero has only featured in the PFA Team of the Year once. After finally making the team last season, the Argentine looks set to figure again after yet another superb season for City. Currently leading the race for the Golden Boot with 19 league goals, the 30-year-old averages a goal every 105 minutes this season. A bona fide Premier League legend, Aguero is the frontrunner to make the Team of the Year.

It is impossible to use the word consistency without mentioning Harry Kane and another top season for the Englishman sees him rank third in the Golden Boot race. Everybody has known about his predatory finishing for a long time, but in the last two years, Kane has developed into the complete striker with the perfect example of this came against Liverpool in March. After winning a free-kick on the halfway line, without a second thought, he picked out Kieran Trippier 50 yards away with an inch-perfect ball which led to Spurs’ equaliser. He can score goals from all over the park and has become one of the world’s best strikers.

Tied with Kane on 17 league goals is Pierre-Emerick Aubameyang; the Arsenal forward has adopted both central and wide positions for the Gunners this season, often looking at his best while operating in tandem with Alexandre Lacazette. The Gabonese speedster has been a deadly marksman for years and has taken to the Premier League like a duck to water. His goals are a huge reason why Arsenal are in with a great shout of making the top four too.

The next two candidates herald from outside the top six. Wolves’ Raul Jimenez has developed into a top striker, with 12 goals and seven assists in the Premier League thus far. Wolves fans will be delighted that the Mexican has joined on a permanent basis because he has been the figurehead behind their push for Europa League qualification with his exceptional link-up play and expert finishing.

I wasn’t going to highlight Jamie Vardy until he bagged a brace in Leicester City’s 4-1 victory at Huddersfield last time out which brings the 32-year-old’s Premier League goal total for the season to 15. Vardy isn’t given enough credit for his goalscoring ability, his last four seasons have seen him bag 72 times for the Foxes and this season has been another stellar campaign in Vardy’s remarkable career.

Is it possible for a Premier League legend to be underrated? I do not believe that Aguero has received nearly enough credit for his incredible goalscoring achievements. The stats speak for themselves, but moreover, he is a big game player who always seems to step up when Manchester City need him most. Should the Team of the Year feature two strikers, expect Harry Kane to join the Argentine in the line-up.