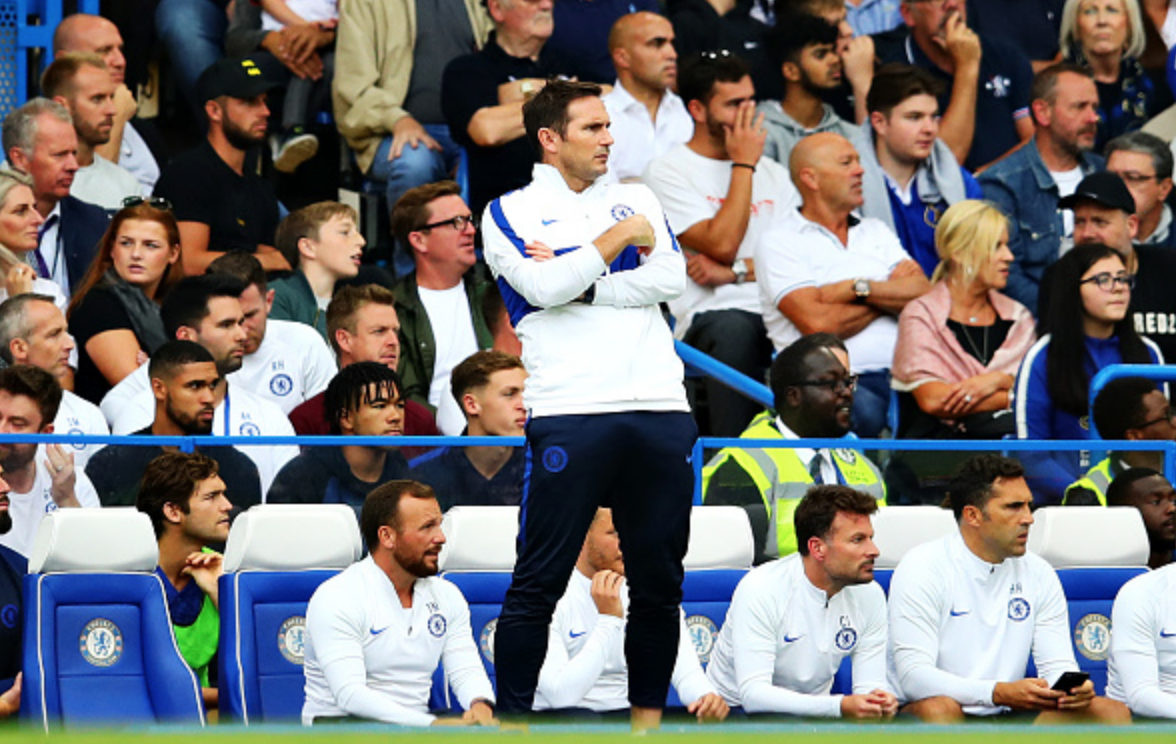 Frank Lampard’s Chelsea visit Carrow Road for what, on paper, should be their easiest game of the season so far. But, the Blues’ stuttering start to the season has put fans on edge and provided hope to the opponents they face on Saturday.

Having succumbed to a 4-0 opening-day demolition at the hands of Manchester United, Lampard’s men secured a 1-1 draw against Leicester City last time out. Slapped with a transfer ban, the club legend has been forced to field exciting homegrown players such as Mason Mount and Tammy Abraham. However, teamed with the ex-England midfielder’s inexperience at the top level of management, this could result in a difficult campaign for the Blues should the youngsters fail to live up to expectation.

After the Canaries faced a difficult Premier League return with a 4-1 loss at Anfield, Daniel Farke’s side beat Newcastle United 3-1 on Saturday. Finnish forward Teemu Pukki silenced critics, netting a hat-trick; the club’s first in the Premier League since Efan Ekoku’s in 1994. A last-minute consolation by Jonjo Shelvey did little to save Geordie blushes as Norwich City recorded their first win back in the top-flight.

Despite being new-boys, daring Daniel Farke has shown no signs of backing down as Norwich City prove their capabilities on the front foot. They took 15 shots, eight of which were on target. The East Anglians even made 12 attempts on goal against Liverpool the previous weekend. What was described as naivety after the Anfield tie was lauded a week later after their bold, offensive style muddled the Magpies’ defence.

Chelsea’s frailties are no secret and Frank Lampard’s start has been far from ideal. A backline including Andreas Christensen and César Azpilicueta is not to be scoffed at. However, returnee Kurt Zouma has failed to impress so far and left-back Emerson Palmieri is yet to pass the eye test. In a week where he has faced a torrent of horrendous abuse, Tammy Abraham’s abilities at this level are still being called into question, as is the competence of an ageing Olivier Giroud.

Norwich City haven’t beaten Chelsea since 1994. Ashley Ward netted a brace whilst a teenage Jamie Cureton scored to give the Canaries a 3-0 victory at Carrow Road. The last time the clubs met was in an FA Cup replay in January 2018. Having held the Blues to a goalless tie in the initial game, Jamal Lewis scored a last-minute goal to draw level again in the rematch. However, it was a winning spot-kick from Eden Hazard which saw Chelsea progress after the shootout.

Norwich City face new injury struggles this weekend. Summer recruit Josip Drmić (hamstring) was left out of the squad to face Newcastle and his return date is as yet unknown. Winger Onel Hernández faces a lengthy spell on the sidelines after falling at his home and injuring his ACL. Defender Zimmermann (knee) is still a major doubt but could return by the end of the month. Fellow centre-back Timm Klose (hip) may have returned to training but there have been no reports of his readiness to play.

Chelsea fans will be delighted if centre-back Antonio Rüdiger (meniscus) returns. The German international featured in a reserve game in the week and has been in training. Supporters have been enthused about Christensen but critical of his defensive partner Kurt Zouma. Callum Hudson-Odoi (Achilles’) is still set to remain out.

The promising Englishman has spent time with the club’s under-23’s and is set to be back in contention next month. Compatriot Ruben Loftus-Cheek, a fellow Achilles’ patient, will take longer to return and full-back starlet Reece James (ankle) is tipped to return in September.

Norwich could field an identical line-up in this match. The German seems keen to instil some consistency and get his core group of players working seamlessly as a unit. Opponents Chelsea may make a few changes to the set-up to improve on their showings of late. It will be a toss-up between Tammy Abraham and Olivier Giroud for the striker position. Giroud has shown signs of ageing and lacks mobility whilst Abraham, who struck 25 for Aston Villa last season, is yet to net in the top flight.

This week, full-back Davide Zappacosta returned to his native Italy to join Roma on loan. Azpilicueta is set to remain as first-choice right-back.

As Lampard still gets used to managing in the top flight, Norwich City may have an opportunity to nick a point from the London side. The Canaries’ attack got past Liverpool and should be sturdy enough to prevent a thrashing.