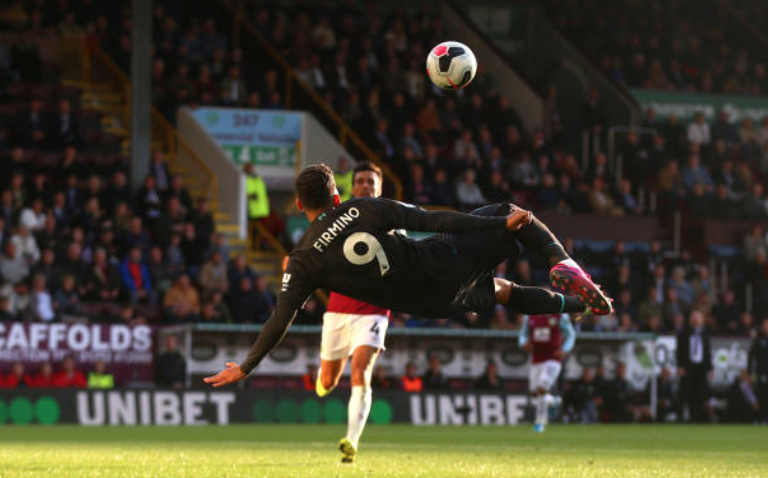 Five crucial Premier League fixtures to look out for in September

What a way to start September as Arsenal welcome their North London rivals in a crunch fixture so early into the season. Reports this week have widely suggested that if Tottenham were to lose this fixture vs their fierce rivals that it would spell the end for Mauricio Pochettino – something the Argentine has denied after committing his future to the North London club.

Pochettino and Co have had the better of their rivals for the past three previous seasons in the league and it is fair to say they are the current pride of North London. Having said this, arguably, today’s fixture is the most balanced the two starting XIs will look in most recent times. Arsenal’s acquisition of Nicolas Pepe and Danny Ceballos have rejuvenated their side and despite a disappointing 3-1 loss to the European Champions last week, they have shown impressive spells in the opening three gameweeks.

As for Tottenham, the squad seems rather unsettled at this moment in time partly due to the future of their playmaker, Christian Eriksen. The Dane seems set to stay at the new White Hart Lane and his inclusion today could be pivotal in Spurs picking up a result. Despite Spurs finishing above the red side of North London in the past three Premier League seasons, the Gunners have had the better of them at their home and after last year’s 4-2 victory at the Emirates, they will be the more confident heading into this one.

After the international break, a somewhat struggling Manchester United welcome high-flying Leicester in what promises to be an entertaining fixture. The Foxes are yet to lose in the Premier League this season and sit third in the table at the time of writing. Despite their fixtures not being the hardest, they have picked up a point at Stamford Bridge in a game they were unlucky not to win. Aside from the game at the Bridge, they have impressed in spells against Wolves, Sheffield United and most recently against Bournemouth.

As for the Red Devils, since their opening day drubbing of Chelsea they have fallen off the wagon, picking up draws against Wolves and Southampton and dropping all three points against Crystal Palace. If the red half of Manchester do not win against Brendan Rodger’s side or at least put in a good performance, then the future of Ole Gunnar Soljskear could begin to be questioned.

As for the Foxes, a win could keep them in the top-four whilst continuing discussions of their ability to break into the top-six. They are certainly not short of goals at the moment and could have put more past Bournemouth this weekend. At this moment in time, both clubs would likely take a draw but time will tell on this one.

Although we are only four gameweeks into the season, this fixture could be a potential relegation six-pointer when they meet again in game week 37 at the Amex so must be seen as one now. Newcastle, despite a win against Tottenham and a point against Watford, are certain relegation contenders. Whilst Brighton, who started the season with one win and one draw, have crept closer to the bottom three after defeats vs Southampton and Manchester City.

Despite this fixture coming early in the season as mentioned, it could be a huge three points for either side and a win could be a huge statement of intent for both of these new managers. It maybe new signings at each club who are key in not only this match but the season as a whole for these two. Leandro Trossard has made an early impression on the South Coast and has impressed, especially when he opened his Premier League account against West Ham.

Lining up against him at St James’ Park will be the match winner when Newcastle travelled to the capital in game week three. Joelinton was the difference as the Magpies picked up all three points against Spurs and he could be the difference again. He has shown signs of quickly developing to the Premier League and will be looking to grab his second, or even third of the campaign, against the Seagulls.

These two clubs have met already this season in the UEFA Super Cup due to their successful campaigns in Europe last season. The two met after Chelsea’s were swept aside by Manchester United and Liverpool kicked off their campaign with a 4-1 vs Norwich. Liverpool were victors on penalties in Istanbul in a competitive fixture which if emulated, will make for an exciting spectacle at Stamford Bridge in a few week’s time.

Four games into the season Frank Lampard’s side have conceded nine goals, whilst only scoring six and despite Tammy Abraham looking like a force to be reckoned with, the same can’t be said for the Blues defence. They have looked weak and lacklustre and after conceding four against Manchester United, they have shipped two goals to Premier League newcomers, Norwich and Sheffield United and are yet to keep a clean sheet.

As for Liverpool, they are as free-scoring as ever and have already managed 12 goals in four fixtures. Bobby Firmino looks back to his exceptional best after a somewhat quiet campaign last term whilst Mo Salah and Sadio Mane both look deadly. Chelsea will take comfort knowing they are playing in front of their home fans but an early breakthrough for the visitors and it could be a long afternoon for Frank Lampard’s men.

The beginning of the campaign for these two sides has been rather disappointing in contrast to last season. Having said this, Wolves have qualified for the Europa League proper after brushing aside Torino the week just past. This fixture is set for a Saturday but there is little rest for the Black Country men as they are set to welcome Reading in the Carabao Cup third round, just two days before this tie. They then head to Turkey to face Besiktas so Nuno Espirito may have his eyes set on this one.

As for Javi Gracia, his side have struggled so far this campaign and are yet to pick up their first win. As a result, the Spaniard is favourite to be the first manager sacked this season and will hope his sides fortunes turn around before this fixture. This is arguably unlikely though as after this weekend’s draw with Newcastle, they welcome Arsenal before traveling to Manchester City – not the easiest of fixtures for a team low on confidence.

Taking Wolves Europa League campaign in consideration, Watford will be confident of picking up a result at Molineux yet defeat in this one and poor performances against the aforementioned Arsenal and Manchester City could see the Hornets deep rooted to the bottom of the Premier League table – worrying times for those at Vicarage Road.